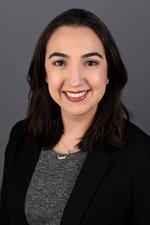 Namely, the amendments make changes to the rules related to the record on appeal, electronic filing, oral argument, and motion practice, among other things.  These amendments reflect the upcoming shift in the North Carolina Juridical Branch to electronic filing in the trial division of the court system, and new procedures adopted in light of COVID-19.

Notably, subsection (a) of Rule 26, which governs filing and service, was struck in its entirety and replaced with a new subsection (a).  Essentially, Rule 26(a) not mandates that counsel for parties must file documents with the appellate courts electronically. Only a technical failure will suffice to permit counsel to submit documents via facsimile, hand delivery, or mail.  Additionally, unrepresented parties are encouraged to file electronically, if able.  Rule 26(a) makes clear that a document is filed when it is received by the electronic filing site, or when the clerk of the court receives the document if it is filed in paper; however, if documents are filed by mail, then such documents are deemed filed on the date of mailing.

Additionally, subsection (d) to Rule 30, which previously governed the submission of cases upon written briefs, was struck in its entirety and replaced with a new subsection (d) entitled “Argument Conducted by Audio and Video Transmission.”  Rule 30(d) now sets forth that the appellate courts, at their discretion, may require oral argument to be conducted by audio and video transmission, rather than in person.  The content of the prior Rule 30(d) was kept and amended to Rule 30(f)(3).

Rule 37, which governs motion practice in the appellate courts, now includes a subsection (c) relating to notification and consent for motions.  This new Rule 37(c) states that in cases where all parties are represented by counsel, motions must include a statement reporting counsel’s good-faith effort to inform counsel for all other parties of the intended motion.  The statement must also indicate whether the other parties consent to the relief sough in the motion, and whether any other party intends to file a response to the motion.

All of the amendments to the North Carolina Rules of Appellate Procedure as adopted by the Supreme Court of North Carolina on October 13, 2021 will apply to appeals filed on or after January 1, 2022.